Although Stan originally started the home inspection company in 1994, he was soon thereafter joined full-time by his wife, Shanna, in 1995. Since then, they have together grown the company to serve all of the Treasure Valley with an ever-growing team of inspectors, transcriptionists, and other support staff. Shanna brought a wealth of management experience and common sense to the company when she joined it. She directs the booking systems, the financial and bookkeeping tasks, and all office staff operations. Whereas, Stan focuses more on the technical aspects of inspections, report generation, and inspector training. 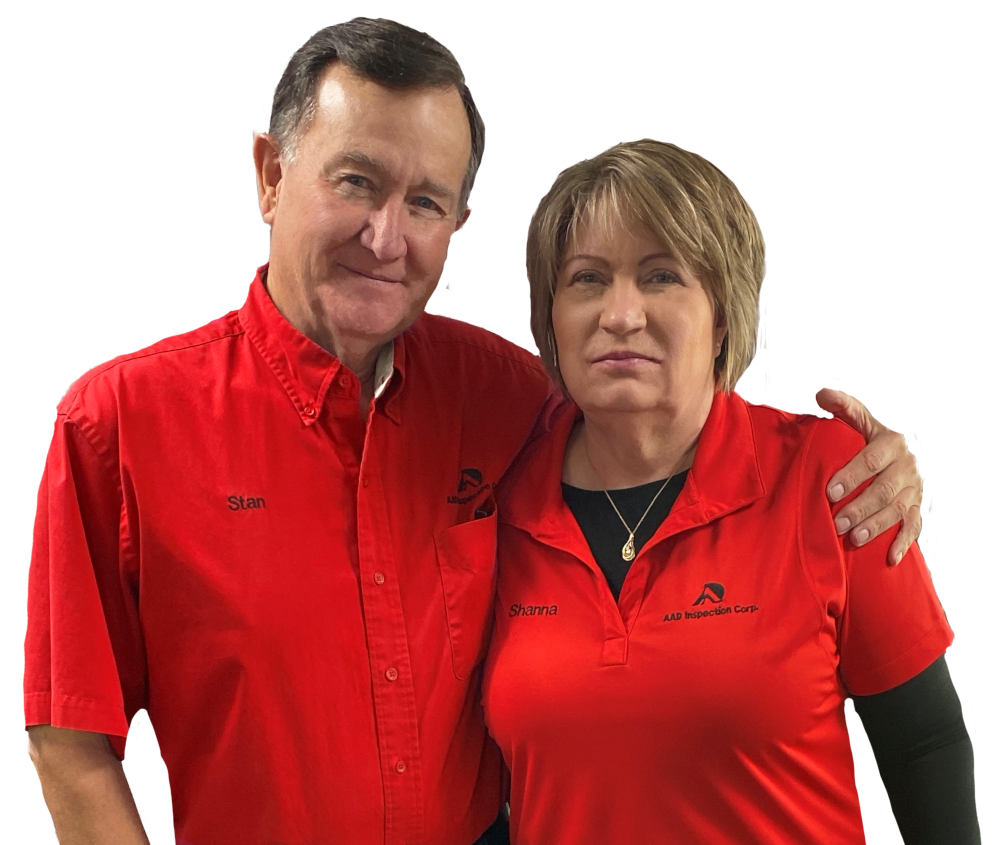 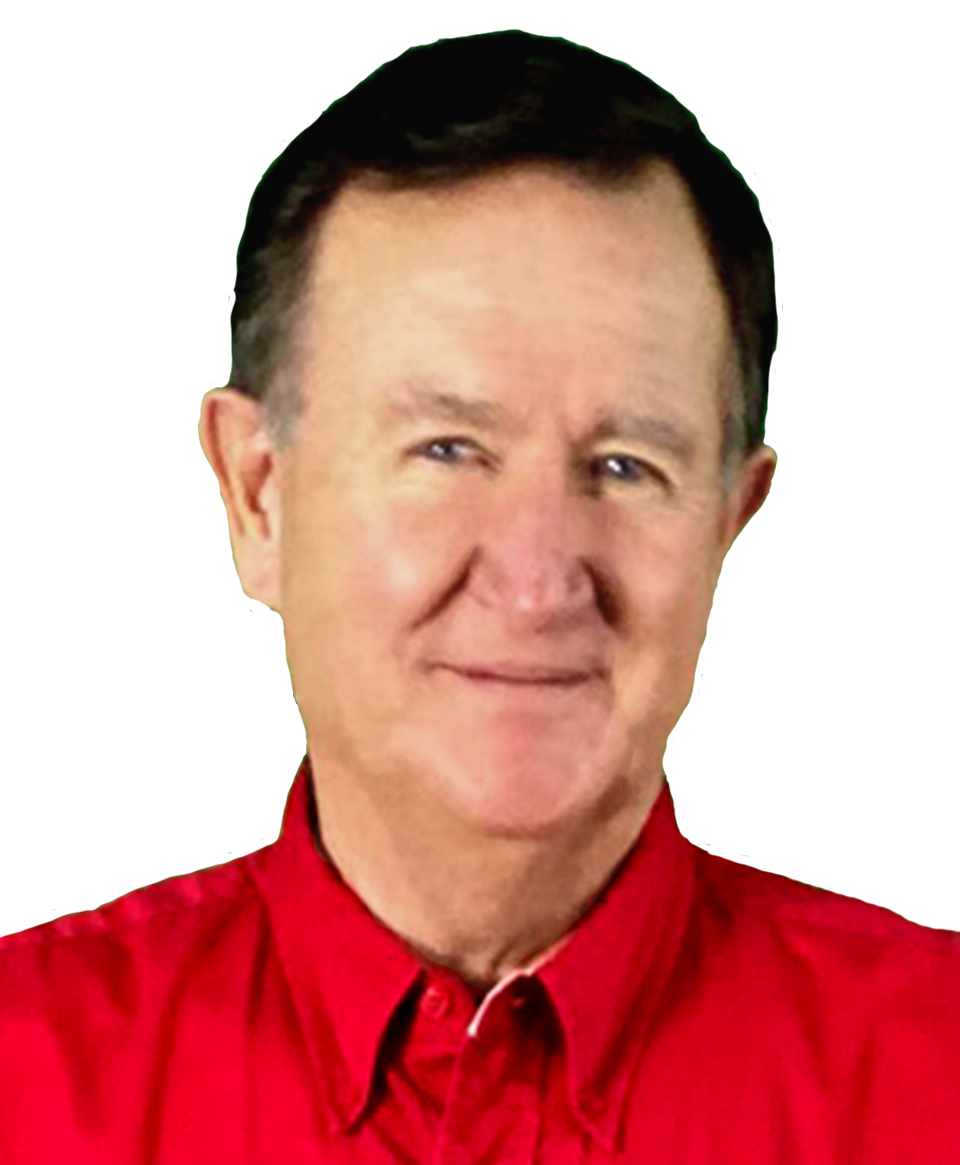 Stan is a native Idahoan. He grew up in a family that enjoyed camping, hunting, and fishing. He’s been an archer and bowhunter all his life because his father owned an archery shop. He began working with his grandfather at age 14 remodeling and building homes, which is where he gained his love for the building trades. During several years in his youth, he played sax professionally in a rock-n-roll band; yet he still keeps a sax, clarinet, flute, harmonicas, and guitar continually set up in his office for relaxation. He graduated from the University of Idaho with a BSEE degree after attending the first two years of college at BJC (BSU’s predecessor). Through college, he worked as an engineer’s aid, survey crew chief, and draftsman, designing, surveying, and inspecting roads, highways, public water and sewer systems, and subdivisions. After college, he became a certified nuclear reactor operator and control systems engineer. He also owned a cabinetmaking shop on the side (because his grandfather was a cabinetmaker). He then worked for Idaho Power Company for 13 years, computerizing their hydro plants, specifying and purchasing major power equipment, and designing both overhead and underground power distribution systems. But, since 1994, he and his wife, Shanna, have owned and managed AAD Inspection Corp, helping tens of thousands of homebuyers towards their dreams while simultaneously acting as a renovation loan consultant on more than 450 projects.

Mike grew up in the Treasure Valley. He and his wife have been raising three children in Boise.He has always placed family first in every way. Mike has an extensive background in construction, multi-family property maintenance, and retail sales management. However, his real strong suit is home inspections, having focused on that full-time since 2007. He has become the company’s lead training inspector. In his spare time, you’ll find Mike with his family, ensuring that each of his children has everything they need to excel in life. Together, they love music, 3D printing, camping. 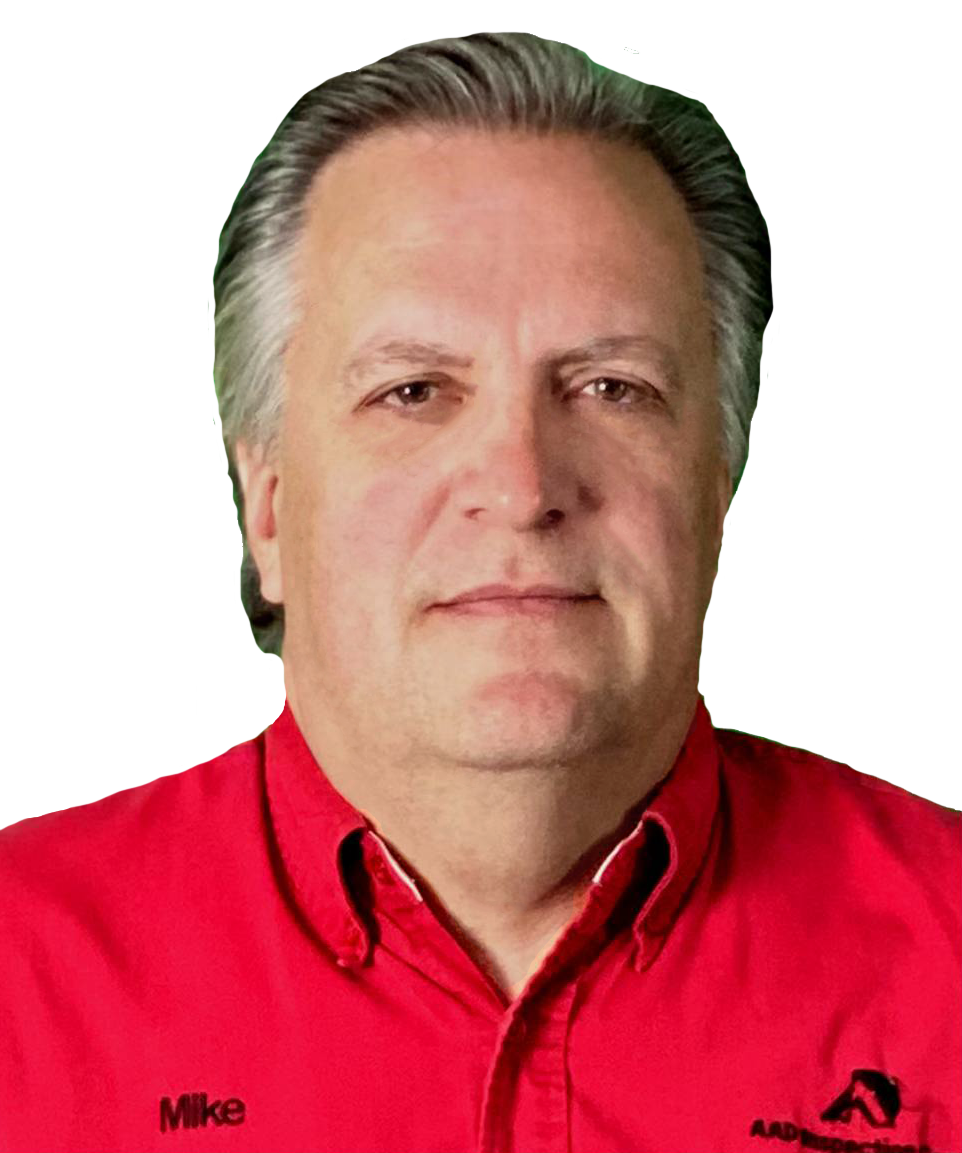 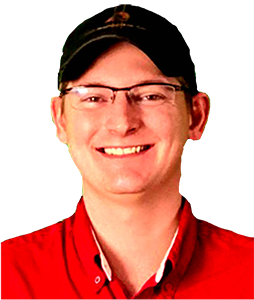 Dustin is an Idaho transplant who uses his expertise to assist buyers and sellers during an important time in their lives. Dustin has an extensive background in construction and is a 2nd generation home inspector, following his father who was a city code inspector. After going to school for Wildlife Management. Dustin transitioned into home inspecting fulltime in 2011. Dustin’s pro-active solutions, positive attitude, and transparent communication ensure a superior experience to his clients. On any given weekend you’ll find Dustin hunting, canning foods, or spending time with his new wife, Amanda, and three rescue kitties.

Jack has been performing home inspections full-time with AAD Inspections since 2009. He brings a broad construction background to his skill set, having remodeled many homes, having owned his own deck construction company, and having been instrumental in contributing to deck building standards throughout the northwest. He, his wife, and two dogs escape to their property near Cascade, Idaho, to relax whenever they can. In fact, the entire team spends one weekend a year there eating, sharing stories around the campfire, and playing games. 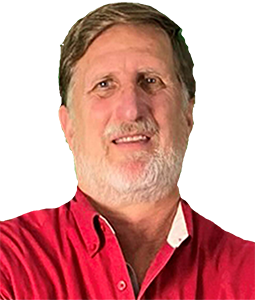 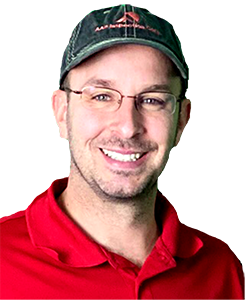 Justin was born and raised in Moscow, Idaho. He holds a Bachelor’s of Science in Communications from BYU Idaho. Justin has previous experience in construction, electrical work, and customer service. He has inspected hundreds of homes and takes pride in helping buyers and sellers. When not inspecting homes, Justin enjoys spending time with his wife and five children. He also carves out time for hobbies like improv comedy, singing, and fixing things. Working closely with clients, vendors, and other key partners, Justin ensures that each client’s experience is honest, transparent, and exceptional.

Originally from Ohio, Keith moved to Boise with his family in 2015. As an Air Force veteran, Keith adds a level of structure and accountability in his reports that shines through the satisfied requests and recommendations of the agents and clients that work with him. When he is not wow-ing agents with his in-depth, accurate reports, or going above and beyond the call of duty to ensure that buyers have the best possible home inspection experience, Keith likes to spend time outside mountain biking and with his family exploring all the amazing things our great State of Idaho has to offer. 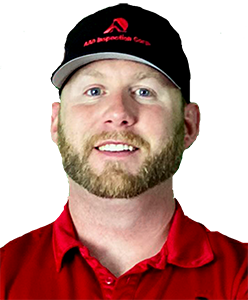 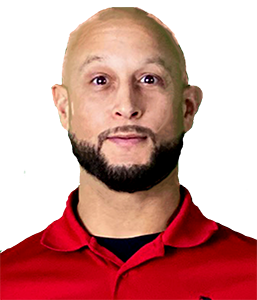 Born at the Mountain Home AFB, Byron has a passion for assisting buyers and sellers during their home purchases. Byron transitioned into professional home inspection after 15 years in security services. He has keen attention to detail and has inspected homes of all ages, shapes, and sizes. Byron takes pride in exceeding customer expectations and is always available to answer any questions during and after the inspection process. In his spare time you can find Byron camping, working out, and raising his son and daughter.

Tige is originally from Florida, and offers a unique perspective to home inspecting. Tige has an extensive background in the service industry, having owned his own landscaping/pest control business for 18 years before transitioning into professional home inspecting. Tige holds active real estate licenses in both Florida and Idaho, affording him a diverse skill set while assisting in client’s home inspections. He is currently performing as the team’s Marketing Manager even though he is also certified as a mold inspector, infrared inspector, and radon measurement technician. In his free time you can find Tige biking, snowboarding, and enjoying quality time with his wife and three dogs. 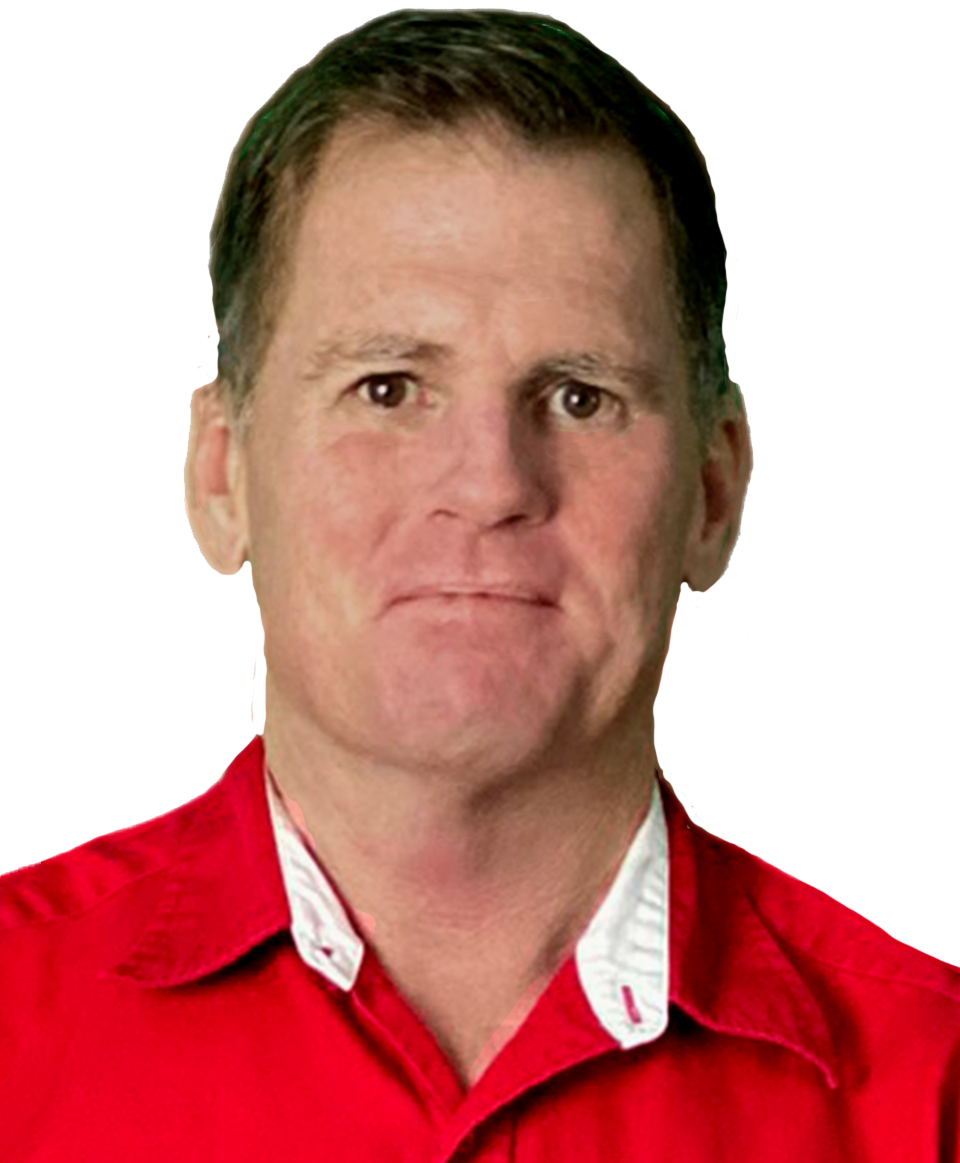 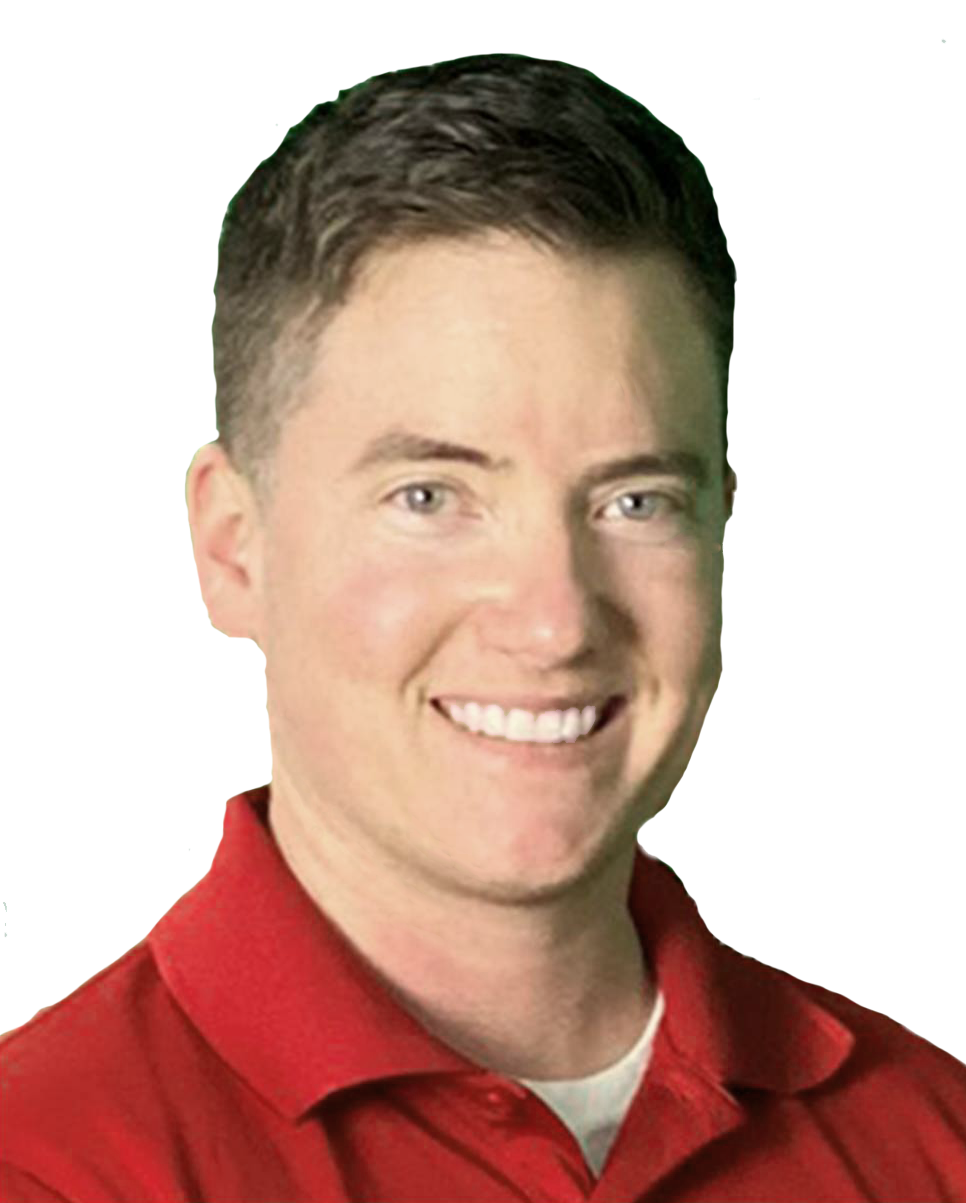 Alex comes to us from an Air Force career where he not only maintained aircraft weapons systems, but gained extensive skills in training and leadership. He’s also brought a wealth of knowledge and skills to the team with regards to building business systems, developing marketing strategies, and spearheading our social media presence. Alex has helped develop the team’s current training programs and is instrumental in helping to further develop and improve the company's culture. When he’s not on the computer or his smart phone working for the business, you can probably find him enjoying Idaho’s great outdoors with his girlfriend (a Realtor who keeps him up-to-date in all things real estate). 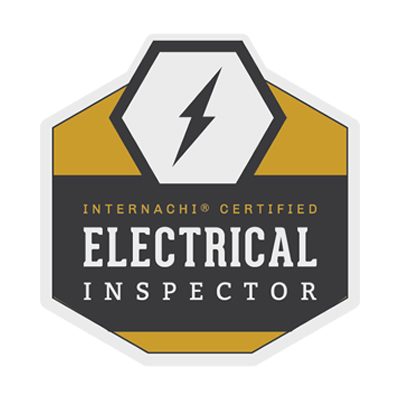 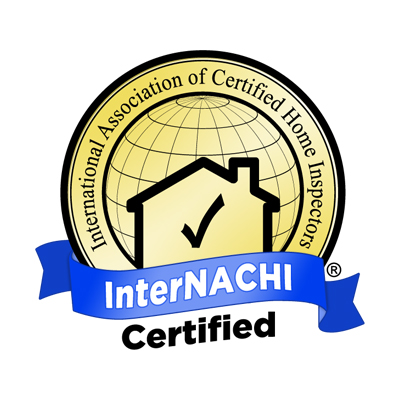 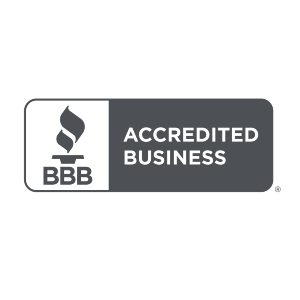 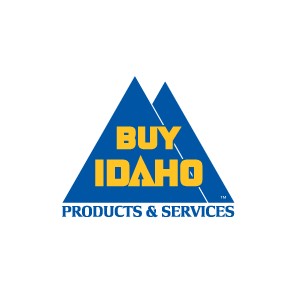 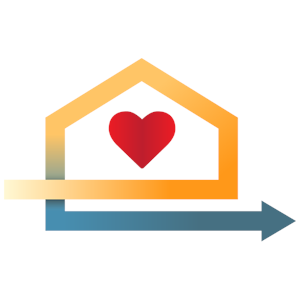